You are here: clubs » awards » barrierichardsontravellinglionaward

The competition was introduced by PDG Barrie Richardson and the object was to "unite the Clubs in the bonds of friendship, good fellowship and mutual understanding". These are the words engraved on the 105D shield that is presented, annually at District Convention, to the Club gaining the most points for visiting other Clubs, and attending Multiple District, District and Zone organised events.

The Competition Year is 1 January - 31 December

Points are awarded as follows:

The points system is weighted to encourage attendance where the District has a vested interest in Clubs being represented.

To make it fairer to all Clubs, whatever their size, a percentage of Club Membership regulator is adopted to give clubs an equal (well almost) chance.

Only two separate visits to same Club count in each year

Membership numbers are taken half yearly in line with Membership Numbers as registered with LCI at the end of December and June, each year.

Only MD 105 report forms may be used

Completed forms must be sent to the District Competitions Officer to arrive within 28 days of the visit taking place.

Completed forms are to be returned to:

Alternatively, these  forms may be scanned and sent electronically.

The rules for the MD105 competition differ slightly from those of the 105D competition and may be obtained by going to the MD Website and selecting Resources, then Competitions and then Travelling Lion.

As stated above, all entries received for the 105D competition (provided they have been received on time) will automatically be forwarded for entry into the MD105 competition.

At the MD Convention at Birmingham in May 2012 the rules were changed so that the size of the club is taken into account when awarding points and social events are now counted. 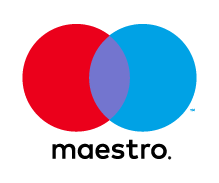