You are here: projects » health » diabetes 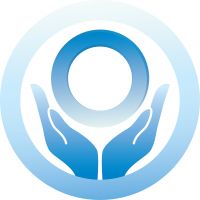 Since 1984 Lions have been involved with helping people with Diabetes and in promoting knowledge about the disease.

Diabetes is a common life-long health condition. There are 3.2 million people diagnosed with diabetes in the UK and an estimated 630,000 people who have the condition, but don't know it.

Much of the following information has come from the Diabetes UK website. To find out much more about Diabetes see their website www.diabetes.org.uk

What is type 1 diabetes

Type 1 mainly begins in childhood or as teenagers but can be developed at any age. It develops when the insulin-producing cells in the body have been destroyed and the body is unable to produce any insulin.

Who typically gets Type 1 diabetes?

Type 1 diabetes accounts for about 10 per cent of all adults with diabetes and is treated by daily insulin injections, a healthy diet and regular physical activity. Type 1 diabetes can develop at any age but usually appears before the age of 40, and especially in childhood. It is the most common type of diabetes found in childhood.

What is type 2 Diabetes?

Type 2 diabetes develops when the insulin-producing cells in the body are unable to produce enough insulin, or when the insulin that is produced does not work properly (known as insulin resistance).

Who typically gets Type 2 diabetes?

Type 2 diabetes usually appears in people over the age of 40, though in South Asian people, who are at greater risk, it often appears from the age of 25. It is also increasingly becoming more common in children, adolescents and young people of all ethnicities. Type 2 diabetes accounts for between 85 and 95 per cent of all people with diabetes and is treated with a healthy diet and increased physical activity. In addition to this, medication and/or insulin are often required. In Type 2 diabetes there is not enough insulin (or the insulin isn't working properly), so the cells are only partially unlocked and glucose builds up in the blood.

Are you are risk from Diabetes?

The number of people with diabetes in the UK is growing. By 2025, we estimate 5 million people will have diabetes - risking all the serious complications that come with it.

At the moment, there is nothing we can do to prevent Type 1 diabetes. But around 80 per cent of cases of Type 2 diabetes can be prevented or delayed by maintaining a healthy weight, eating well and being active .

Your risk of developing Type 2 diabetes is a combination of your genes and your lifestyle. Do you know all the risk factors?
About 90 per cent of people with diabetes have Type 2 diabetes. It can come on slowly, usually over the age of 40. The symptoms may not be obvious, or there may be no symptoms at all, therefore it might be up to 10 years before you learn that you have it. It's important to understand your risk of developing Type 2 diabetes, so you can take action now to reduce your risk and watch out for the symptoms.

You are more at risk of Type 2 diabetes if:

You're overweight or have a high Body Mass Index (BMI)

90cm/35 inches in South Asian men)  You're from an African-Caribbean, Black African, Chinese or South Asian background and over 25

You're from another ethnic background and over 40

You have a parent, brother or sister with diabetes

You have ever had high blood pressure, a heart attack or a stroke

You have a history of polycystic ovaries, gestational diabetes or have given birth to a baby over 10 pounds/4.5kg

You suffer from schizophrenia, bipolar illness or depression, or you are taking anti-psychotic medication

You have impaired glucose regulation.

Symptoms occur because some or all of the glucose stays in the blood and it isn't being used as fuel for energy. The body tries to reduce blood glucose levels by flushing the excess glucose out of the body in the urine.

Symptoms occur because some or all of the glucose stays in the blood and it isn't being used as fuel for energy. The body tries to reduce blood glucose levels by flushing the excess glucose out of the body in the urine.

In Type 1 diabetes the signs and symptoms are usually very obvious and develop very quickly, typically over a few weeks. The symptoms are quickly relieved once the diabetes is treated and under control.

In Type 2 diabetes the signs and symptoms may not be so obvious, as the condition develops slowly over a period of years and may only be picked up in a routine medical check up.

What happens when you have diabetes?

Diabetes is a condition where the amount of glucose in your blood is too high because the body cannot use it properly.
This is because your pancreas doesn't produce any insulin, or not enough insulin, to help glucose enter your body's cells - or the insulin that is produced does not work properly (known as insulin resistance).

Insulin is a hormone. It works as a chemical messenger that helps your body use the glucose in your blood to give you energy. You can think of it as the key that unlocks the door to the body's cells. Once the door is unlocked, glucose can enter the cells where it is used as fuel. In Type 1 diabetes the body is unable to produce any insulin so there is no key to unlock the door, and the glucose builds up in the blood.

The body can't use glucose to provide energy and tries to get it from elsewhere and starts to break down stores of fat and protein instead. This can cause weight loss. Because the body doesn't use the glucose it ends up passing into the urine.

Nobody knows for sure why these insulin-producing cells have been destroyed, but the most likely cause is the body having an abnormal reaction to the cells. This may be triggered by a virus or other infection.